Currently streaming on Starz is a spectacular series in six parts entitled Maximilian and Marie de Bourgogne.  It’s a German-Austrian co-production that I found extremely well done for a period piece, not at all minding the German and French spoken throughout with English subtitles. The story is engrossing enough to keep you glued to the dialogue as you are immersed in another time in history: 1477.  Dust off your history books, because if you’re like me you’ll be glad to know this storyline does a good job of keeping to the historical facts.  To add to the authenticity of this period drama are the sets and costumes that are well done, as well as the musical score.

The story centers around two key players in the chessboard of the fifteenth-century politics in Europe. Marie is the daughter of Charles the Bold, the Duke of Burgundy, who is killed in battle by the French. With no male heir, Marie is made duchess. However, Burgundy is a male fiefdom and from day one she becomes the pawn of those in power in Burgundy and France, each attempting to wield their political maneuvers. She is encouraged to marry the Dauphin of France, who is a mere boy, as France wants Burgandy back in its power.

Then, in a faraway land of Austria, resides Maximilian, the son of the Holy Roman Emperor.  He is encouraged to wed Marie but balks at the idea until circumstances finally lead him to Burgundy.  Like a knight in shining armor, with integrity and purpose, he comes to save the day.  The series is a sweeping story of war, politics, and endearing love between two young people. Unfortunately, in real life, and portrayed with such emotion it made me cry at the end, their happiness is ended by tragedy.

I think what I liked about this series is the wonderful job the two leads did, emotionally portraying these historical characters learning to rule.  Many of the children of the main monarchs in this tale — France and Austria are merely pawns of their parents in arranged marriages to other kingdoms.

Anyway, highly recommend if you have Starz.  If not, you can get it on Amazon for $8.95 a month or purchase each episode for $2.99.  It’s worth just paying $8.95 to watch the six episodes and then you can cancel.

There are a few sex scenes but tame compared to Outlander’s first two seasons. Also, it’s a brutal time of war and torture so you may see some unsettling scenes but it’s not overly graphic and gory.

Oh, and as a matter of trivia, Queen Elizabeth II is a descendant of Maximillian, which makes his character even more interesting. 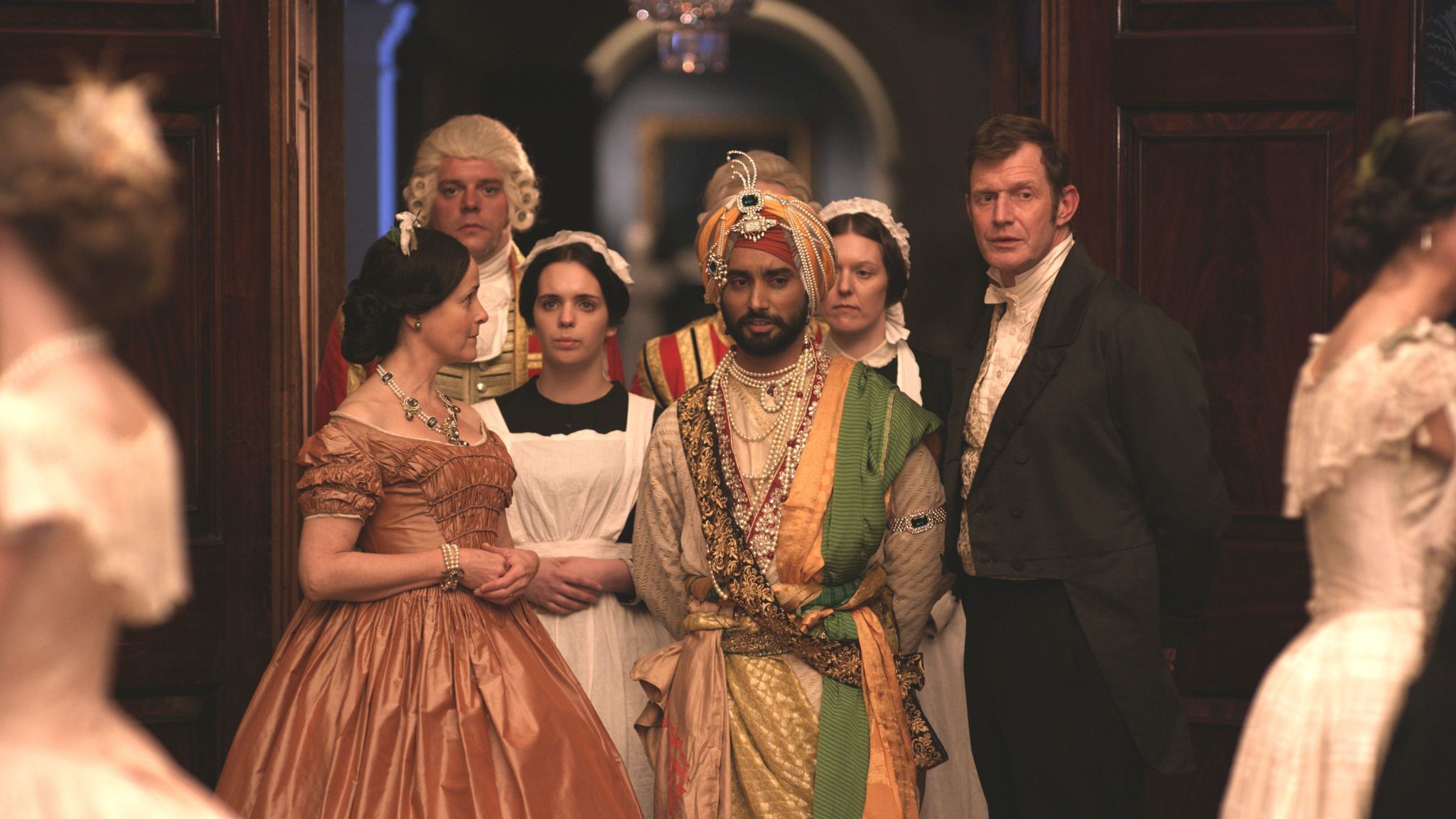 “The Black Prince” is the first feature film adaptation of the story of Maharajah Duleep Singh, the last ruler of India’s Sikh kingdom, and his tormented life in the court of Queen Victoria.

Source: A new film tells the story of the Sikh boy ruler who was ripped from his kingdom and transformed into an English aristocrat – LA Times

I’m going to be busy at the movies!  Another on my watch list.

Yeah, yeah, I know most of you don’t like documentaries.  This one is a little bit different because it’s a well-acted re-enactment of three significant events for the British Army during World War I.  The episodes are based on written accounts by the soldiers who lived and survived to tell their stories and the men with which they served.

What can say about it? It’s emotional. It’s heartwrenching.  It’s shocking.  Well done, except for the oddity of the rock music in some of the scenes. The series actually puts you — the viewer — into the battles as if you were with the men and hearing the bullets whiz by your head.  The tension prior to and in engagement with the enemy is palpable. Perhaps that is why this program will undoubtedly leave an impression on you.  And if you lost distant cousins in the war like I did — six of them the ages of 18 to 42 — you will appreciate their sacrifice and you will draw closer to their memory as the young lads who served their country.

The first episode focuses on the first day that the British army encounters the German army in August 1914. Unprepared for the onslaught of Germans and their brutal advance, it’s difficult to watch the slaughter.  The second episode is about the Manchester Pals, as they called them, who served at Somme.  A few of my cousins were from Manchester.  The third episode is about the invention of the tank, and how the British turned the tide of the war toward victory by these new machines.

As a caution before you watch, you might find the lads extremely difficult to understand with the myriad of different British accidents, along with Irish and Scottish.  Hang in there and don’t surrender.  Keep calm and carry on through the end.

If you possess a soul, you might end up a bit tearful watching this series.  As the trailer says, “Modern warfare is brutal. 100 years ago it was unimaginable.”

Check it out – now streaming on Netflix. Read about the series at BBC. (Especially the pages of Interactive Episodes.)