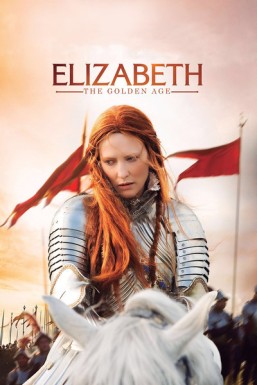 I did not write a review of “Elizabeth” released in 1998, starring Cate Blanchette. Needless to say, it is another favorite and at least a 4 Kernel watch that focuses on her rise to the throne after the death of her half-sister Mary.

It’s hard to believe that I have walked by her grave in West Minister Abbey and stood where she is buried. I’ve literally stood on top of her father’s remains, Henry VIII.  These are memorable visits but watching movies like these brings to life characters that are literally bones underneath the granite in which they are buried. History indeed that leaves us in awe.

Currently streaming on Netflix is “Elizabeth: The Golden Age.” Since I’m hibernating indoors due to 100+ degree weather this weekend, I have been overdosing on films and television series.  While surfing this morning and stumbling up upon this treasure, I cooked my morning eggs, bacon, and toast. Nothing like 8:00 a.m. in the morning sitting on your green recliner with freshy brewed coffee, food, and a movie to enjoy.  Yes, a bit pathetic, I know.

Nevertheless, I enjoyed the first Elizabeth film. Now we are ushered into another dramatized era entitled, “Elizabeth: The Golden Age.”  I will admit that I can enjoy a movie that has not received good reviews from critics or the audience for that matter. Of course, our tastes in entertainment and what floats our boat (or TV remote in this case) varies as much as our individual personalities.  Apparently, this is the case.

I read Roger Ebert’s review. He thought that the splendor, costumes, sets, and music were too sumptuous and weighed down the movie, distracting from the characters.  What hindered Ebert from his enjoyment of this film, frankly enthralled me to no end. The sumptuousness of this version is what I enjoyed. I do not think that it detracts from Cate Blanchett in her portrayal as Elizabeth. Elizabeth in her own right is a complex character underneath her beautiful costume dresses, and the story is mostly focused on her struggles of remaining a powerful monarch, whose throne and life are under constant threat, yet struggling with the human need for love. This indeed is a Golden Age of her reign, which I think was the purpose behind all the sumptuous sets, etc.  I loved the soundtrack as well.

The only negative, of course, is that Geoffrey Rush is back as Sir Francis Walsingham, protecting 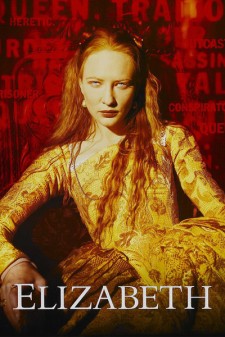 the queen, and torturing traitors left and right. Those scenes for me are the fast forwards or close your eyes and plug your ears moment. As you probably can tell from previous reviews, violence is not my forte.  Nevertheless, the truth of the matter is that torture happened and gruesome deaths awaited many of the main characters who played in history of ages past.  Even Sir Walter Raleigh eventually lost his head after the Queen died and his favor at court lessened.

Yes, I like this movie and all of its golden glory. Some of the best scenes are, of course, Elizabeth on her white horse and dressed in armor urging on her troops as the Spanish Armada approaches their coasts. Among all of these historical moments, I always find the religious aspect interesting, as well as each side prays to God for the victory believing it is heaven’s will for them to win.  Movies like these lead me to Wikipedia so I can read and learn the historical truth of these characters that lived and reigned in England.

Nevertheless, Netflix is bombarding us with new releases well worth the watch, plus every Disney movie imaginable come September.  It makes me wonder if the price of our subscription will rise, but it’s still a lot cheaper than $9.50 ticket at the show and $12.00 a small popcorn and drink for one showing. Nothing like watching a hundred episodes on Netflix for less in one month. 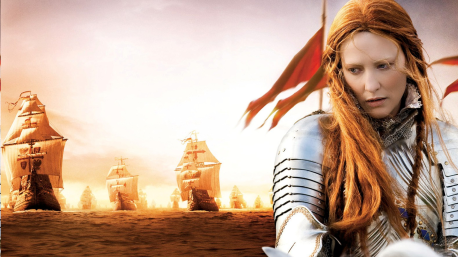