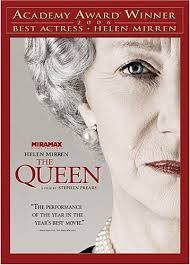 Included with my STARZ subscription is the movie The Queen, starring Helen Mirren in her Oscar-winning performance as Elizabeth II. I had not seen the movie at the theater.

It would help if I got in the habit of reading a synopsis before watching a movie. To my detriment, I just clicked and streamed not realizing the movie focused on the death of Princess Diana. Reliving that episode in history only turned me into a blubbering fool at eleven o’clock at night. Needless to say, it resurrected the images and sadness over the terrible accident that took her life far too soon.  Be forewarned, you will see again actual news footage that could cause tears.

As far as the remainder of the movie, it attempts to showcase the reaction of the Royal Family regarding her death and that in particular of Queen Elizabeth. When watching re-enactments of private affairs behind closed doors that historically occurred, it’s hard to know what to believe. Were their reactions portrayed truthfully because of a tidbit of gossip garnered from former staff or was it pure conjecture? I haven’t looked into that matter to determine if any of it rang true.

Nevertheless, history will probably all agree that the silence from the Royal Family during this period did nothing to endear the monarchy with the general public. The stiff upper lip mentality and adherence to private grief, only made Elizabeth appear cold and uncaring. As far as Prince Philippe, I would like to think that the man privately is far better in character than the terrible portrayal of coldness given to him in the movie. Thankfully, the movie did one thing right. The boys who played the young princes were never shown by their face or had speaking parts in the movie — a respectful decision.

I suppose that one must understand that at this point in the Queen’s life, she is only reacting to how she was raised. However, the people cannot relate to her cloistered as a figurehead behind closed doors, which is why everyone loved Diana so much. She was indeed the people’s princess, and the outpouring of grief from the nation and world was deserved. Unfortunately, Elizabeth did not realize, at least in the movie, how beloved her former daughter-in-law had been. She, on the other hand, has become hated, which is something that she has never experienced in her life or realized for that matter.

Helen Mirren’s performance won her an Oscar in 2007, beating out such greats as Cruz, Streep, Dench, and Winslet. As Elizabeth, she fit the role well. I have read that the queen did give Helen a nod of approval for her performance. Michael Sheen portrayed Tony Blair, who I thought did an excellent job. The movie also holds interest for a peek behind closed doors at the lives in the palace and the stunning scenery at Balmoral Castle. Frankly, I wouldn’t mind being cloistered away from the world there either.

Now twenty years later, it is fair to say that the monarchy has gained a resurgence of popularity in the eyes of the people. Elizabeth, now about to become ninety and the longest reigning monarch, has changed over the years. She is now more of a people’s queen and touchable. Of course, Diana’s two boys, are admired throughout the world. Diana certainly continues to live through her sons, having taught them values to be respected. It is good to know that even after her death, Diana was instrumental in changing the monarchy.